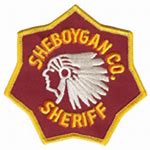 Sheboygan County
View Business Info
Job Description
PURPOSE AND SUMMARY
Correctional officers are responsible for the security and order of inmates in Sheboygan County correctional facilities. They provide effective delivery of correctional services through the observance of all federal and state laws, county ordinances, correctional policies, procedures, rules and regulations.


QUALIFICATIONS
High school diploma, or equivalent, Associate/Bachelor's Degree in Correctional/Police Science or Bachelor's Degree in related field is preferred.  In-lieu-of an Associate or Bachelor's degree the department will consider candidates that have current Department of Justice (DOJ) certification, as Jail Officers in the State of Wisconsin, with a minimum of two (2)years experience. Self-motivated with the ability to effectively, efficiently and entirely complete assignments with minimal supervision. Ability to communicate in a clear and concise fashion in both verbal and written communications. Ability to work independently or as part of a team. Ability to be supervised. Ability to function in stressful situations. Ability to effectively communicate in verbal and written form. Ability to maintain confidentiality and good working relationships with co-workers and other staff. Ability to maintain regular and predictable work attendance.