Name: Cocktails with Coastal
Time: 5:00 PM - 7:00 PM CDT
Website: Sheboygan County Chamber of Commerce
Registration: Register Now
Event Description:
Cocktails with Coastal - featuring a panel of the Best Under 40 award recipients:
Andi Igowsky, DDS
Dr. Andi is a Board-Certified Pediatric Dentist.  She graduated Summa Cum Laude from the University of Minnesota with a Bachelor of Science degree in Medical Microbiology.  She then attended Marquette University School of Dentistry and graduated at the top of her class, receiving a Doctor of Dental Surgery degree.  From there she went on to specialize in Pediatrics and attended a 2 year residency program at The Children’s Hospital in Denver, Colorado.  She moved to Sheboygan in 2010 and became co-owner and partner at Just Kids Dental with her older sister, Dr. Jaime Marchi.
Andi has set herself apart in the field of pediatric dentistry by providing specialized pediatric zirconia crowns since she started practicing in 2010 and has placed over 2,000. In 2015 she joined the Sprig University team as one of their Senior Instructors. She has taught over 10 Sprig University courses around the United States, including several pediatric dentistry graduate programs, including Harvard, Boston University, and The Children’s Hospital of Wisconsin. She was one of the instructors at the first ever European Sprig University held in Amsterdam in 2017.  She recently was the keynote speaker for the 2019 Annual Australia New Zealand Pediatric Dental Society meeting. Andi also recently published her first article called, “Finding Your Why” in a 2018 worldwide dental magazine.
Andi is very passionate about community service and has received several awards for her dedication to the children in Wisconsin.  In 2012 she was awarded top 10 “Top Young Professional”.  In 2015 Just Kids Dental won “Service Industry of the Year”, the smallest business to ever win an award of this caliber!  And in June of 2017, she was awarded “Emerging Leader of the Year”. She recently was awarded Sheboygan County Best under 40 “Community Volunteer of the Year” and “Top Young Professional”.
In her free time she loves to travel, play soccer, sing and play piano, and spend time at their lake house in the Northern woods of Wisconsin. She is an avid “CrossFitter” and spends 6 days a week in the local CrossFit gym, either working out or coaching.

Andrew L. Tislau, D.C.
I was born and raised in Sheboygan county and attended Sheboygan Christian School.  Following high school, I moved to West Palm Beach, FL to pursue a degree in biochemistry at Palm Beach Atlantic University.  It was there that I met my wife Bevin, and we subsequently relocated to the Daytona Beach area where I completed my Doctor of Chiropractic degree at Palmer College of Chiropractic.  I enjoy continuing to learn and in addition to my chiropractic degree, I have received numerous post-doctoral certifications in Active Release Technique, Titleist Performance Institute Golf Evaluation, and other sports injury related fields.  In 2011 I was able to acquire Creekside Chiropractic and transform it into what is now the area's premier sports rehab and multidisciplinary treatment facility, the Creekside Performance Center.  I enjoy spending time with my wife Bevin and our three daughters Faith, Grace, and Joy, volunteering, golfing, hunting, and surfing.

After graduating from Lincoln High School in 2003, I began working as an Advertising Consultant Seehafer Broadcasting Corp.

With the expanding market of Seehafer Broadcasting, I recently opened a second office in Sheboygan operating out of Jake’s Cafe, a creative coworking environment. This dedicated space has allowed me to become more involved in the Sheboygan community, including the Sheboygan Chamber and Coastal Young Professional groups. I have currently taken the lead on Food For Thought, Coastal’s Cocktails with Coastal and Coffee with Coastal.

From the beginning of my advertising career, I have been dedicated to providing my clients with unique and effective advertising campaigns, and this dedication quickly helped me to establish an account list of many satisfied customers. I have been actively involved with the Wisconsin Broadcaster’s Association (WBA) for the entirety of my career, attending various annual conventions as well as lobbying in the state capitol each year; most notably, I am an original member of the WBA Young Professionals Committee, a group of young members within the WBA striving to make our mark in the broadcasting field as well as to unite the broadcasters of our generation with the veterans of our field.

As part of my continued efforts to learn and grow in my chosen profession, I completed a 3-year program through the WBA to become a graduate of the Walker Broadcast Management Institute. I also completed the Certified Radio Sales Management (CRSM) Training from the Radio Advertising Bureau (RAB) in October 2013 to become a Certified Radio Sales Manager, and following that certification, on January 1, 2014 I was promoted to the position of Sales Manager for Seehafer Broadcasting Corp. Alongside my career in selling and managing radio advertising, I produce and co-host a wide variety of on-air programs with various themes. I was recently honored for the second time as a recipient of the Future 15 award for young professionals in Manitowoc County and received the TOP YP OF THE YEAR for Manitowoc County in 2017.

Beyond my career in radio advertising sales, from 2005 through 2009 I partnered with Riley Haupt to create EdgeStar Media, LLC and Co-Produce/Co-Host “Lakeshore’s Rising Stars!”, a state-wide singing competition taking place weekly throughout the summers. Production of the ‘Rising Stars!’ franchise presented challenges and rewards on many levels, and was a fantastic experience for me personally as well as a boon to the community. The experience allowed me to work with some very talented performers and gifted people and I am thankful to those who helped make this dream a reality for me. For nearly a decade Riley and I had hoped to bring “Lakeshore’s Rising Stars!” to our community once more, and in the summer of 2016, we were able to realize that dream with a third successful season. 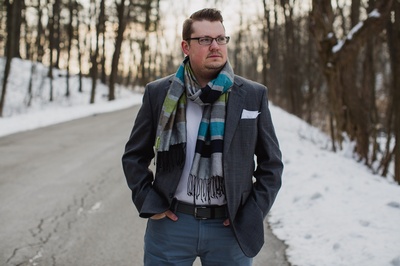 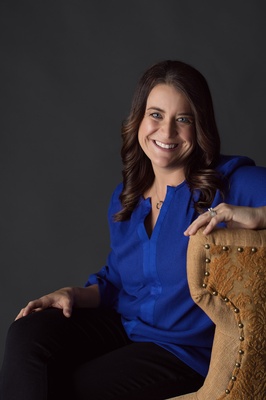 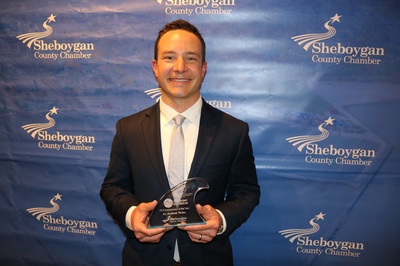 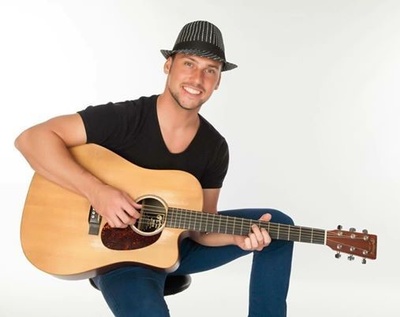