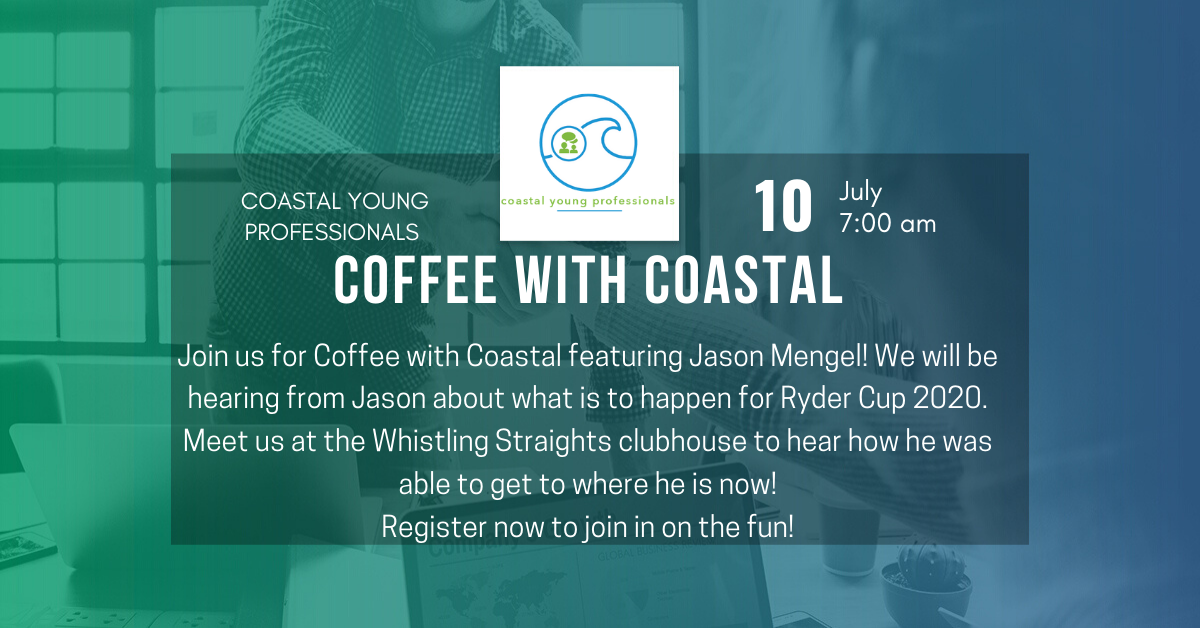 Update:  Due to COVID protocols at Whistling Straits, this event will now take place virtually.  Upon successful registration, you will receive log in information to participate in the discussion.

Join us for a virtual Coffee with Coastal conversation  featuring Jason Mengel! We will be hearing from Jason about what is to happen for Ryder Cup 2020 and how he was able to get to where he is now. Grab your favorite cup of coffee and meet with us virtually!

The PGA of America's Director for the 2020 Ryder Cup is Jason Mengel. Jason is responsible for directing a staff whose primary focus is the strategic planning and successful execution of this significant event, including the areas of corporate hospitality sales, volunteer recruitment and training, operational planning, ticket sales, marketing, media relations, special events, community relations and government relations.

Prior to joining the PGA of America, Jason spent approximately 6 years working on the PGA TOURs Buick Open, with his most recent role being Sales and Marketing Director for the event.